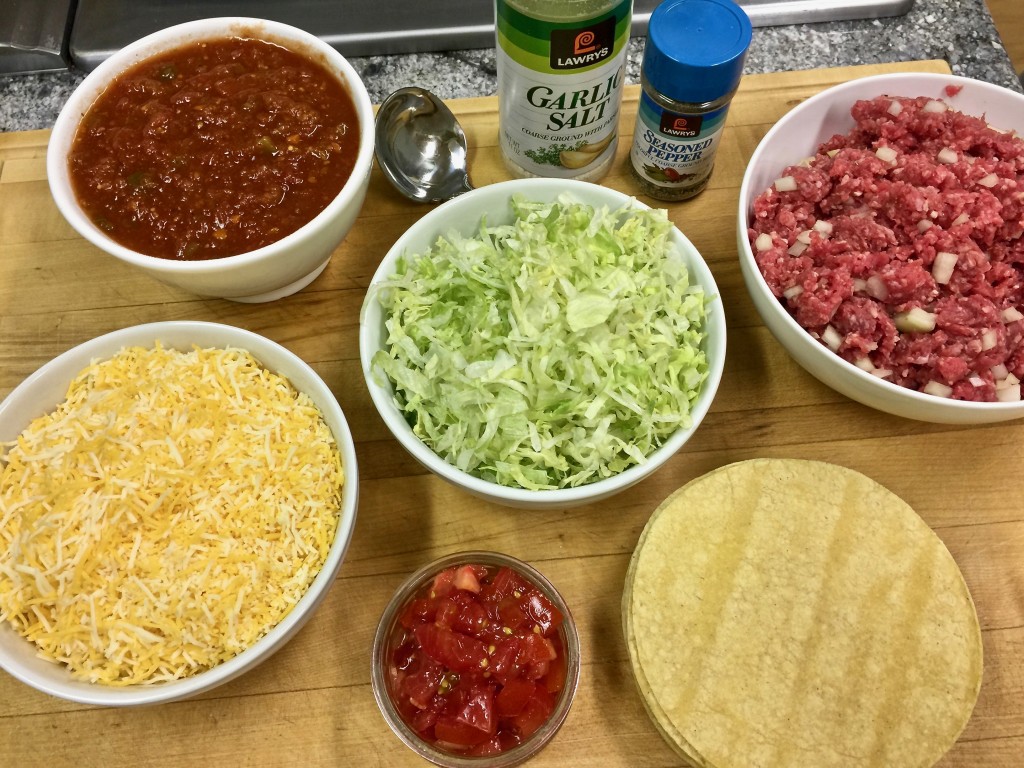 Remember your childhood?  Think hard. Are a lot of your memories associated with food?  Hot dogs at Little League games, popcorn at the movies, popsicles on a hot summer day, cotton candy at the local fair, apples and peanut butter on Saturday nights with your family, turkey at Thanksgiving (and a fight over the wishbone), candy canes at Christmas, and for our family tacos on “Super Taco Tuesday.”  My mom’s tacos were awesome and considered a balanced meal all by themselves…all of the important food groups in one little package!

Family history will recall one famous Taco Tuesday when my father was said to have consumed 30 tacos in a contest with my brother.  I am positive that was not really true but that was how the story grew over the years. I asked my brother recently if he remembered how many tacos dad ate that night and he thought perhaps 10 or 12.  Still a lot of tacos.

This is how I remember that night.  My family was eating at TV trays in what had been my grandmother’s bedroom which had then been turned into our den.  The den was situated at the far end of the house from the kitchen, accessed by a hall extending the length of the house.  Not convenient for meals but we did eat in there from time to time so we could watch our TV whose home was there.

That night we each carried a plate of tacos into the den and proceeded to eat and watch a program, probably I Love Lucy or Wagon Train.  As we began to eat my brother, a testosterone fueled teenager, challenged my dad to see who could eat the most tacos. Dad quickly accepted what he viewed as a frivolous challenge and history was in the making.  Mom quickly made taco after taco, trotting numerous times back and forth from kitchen to den, carrying tacos to the two macho goofballs at the back of the house. Tortilla, ground beef, lettuce, tomato, and cheese spewed down onto their trays.  Taco sauce dribbled onto their shirts. They peered sideways, past veiled lids, to each other’s plate to monitor their opponent’s progress. It seemed to go on forever. I was so thrilled to sit back and be a spectator at this fascinating and unusual mealtime event. It would certainly make a good story to tell to my friends.

I was quite proud of my brother (he was my personal hero) and his determination to be the family taco champ.  But sadly, his chewing began to slow, his tacos growing heavier and heavier as he lifted them to his mouth. Finally, he had to concede “uncle” (the era’s term for giving up). He was no match to my dad who still had a few more tacos to put under his belt.  Now it became a marathon with a single participant and Dad valiantly continued chomping tacos with the hoots and cheers of his family egging him on. At the end were there really 30 tacos?  Certainly not, but there were a lot, and it was a mealtime adventure etched in our memories forever.

Mom made her tacos like this:  Add chopped onion to ground beef.  Press beef onto ½ of a corn tortilla (fresh were easy to find in Southern Arizona). Sprinkle with salt and pepper.  Fold the tortilla together using kitchen tongs and lower it into a skillet of hot oil.  Turn to brown both sides and cook until the beef is done.  It goes pretty quick.  Serve with your favorite taco fillings. 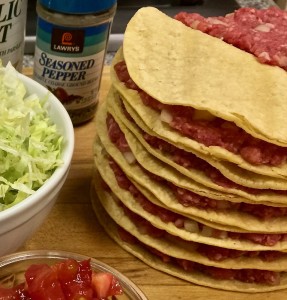 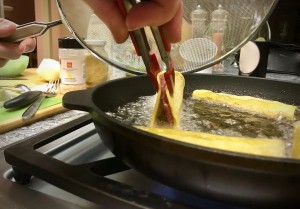 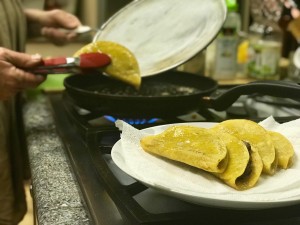 I am the baby boomer in our little trio. I am a granddaughter of immigrants, making me ¾ Swedish and ¼ Dutch. I am the second of four children to Tillie and Mel (1st generation Americans). I am mother to one girl and two boys, and Oma to one boy and two girls. I am a wife of 47 years who dearly loves the sweet man that I married. I am the human version of mom to a blonde, curly haired, 75 pound dog who likes to attach himself to my leg to better keep track of me. Read More
error: Content is protected !!